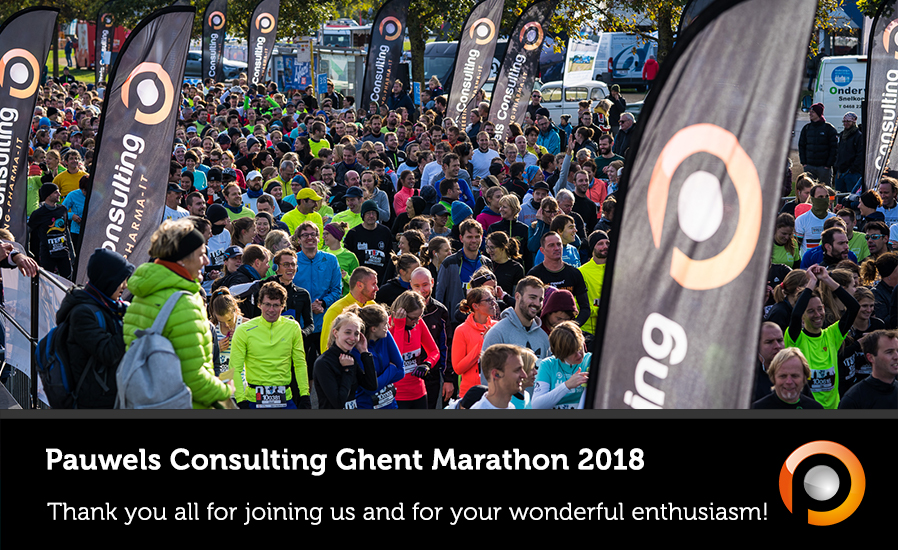 On Sunday, October 28, the second edition of the Pauwels Consulting Ghent Marathon took place at the Watersportbaan in Ghent. 7000 brave runners faced the cold and windy weather and enjoyed the different runs and the atmosphere along the way and in the Topsporthal.

Unfortunately, the marathon started an hour late because some of the signalmen were not in place. Despite this setback, the majority of the 2000 marathon runners remained cheerful. A true accomplishment in its own right!

The second edition of the Pauwels Consulting Ghent Marathon will be remembered for its cold and  sunny weather. We take pride and pleasure in seeing and feeling the energy of so many runners and supporters every year again, especially on such a cold day.

Thank you all for joining us in Ghent and for your wonderful enthusiasm. We hope to see you again next year!